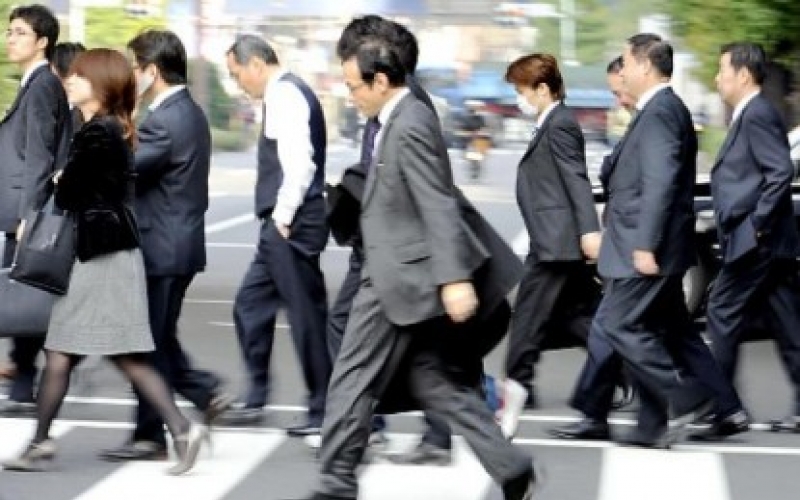 By Colin Page, professor at Doshisha Law School in Kyoto and a director for the Manpower Group Japan Co. Ltd.,one of the oldest foreign-capitalized firms in Japan. Contact: colin.jones [at] manpowergroup.jp

Staff increases are a frequent concern for foreign companies doing business in Japan. Japanese employment regulations essentially make regular employees a fixed cost, making many foreign firms hesitant to add to their headcount. In these cases, haken (temporary) employees supplied by licensed providers offer an as-needed workforce solution. However, dispatched workers are subject to byzantine regulations presenting compliance pitfalls for providers and users alike. Moreover, any business that sends staff to work on client premises runs the risk of being inadvertently engaged in an unlicensed worker dispatch arrangement.

Thankfully, recent amendments to the Dispatched Worker Act (DWA) should help reduce the administrative burdens for users of temporary staff. Some context is required to understand why. The ideal in Japan still remains “life-time employment,” whereby a young person joins a company immediately after graduation and stays until retirement. New employees are hired for their potential rather than their particular skills or ability to do a specific job.

The lifetime employment relationship is thus defined not by an agreement to perform a particular role for a predetermined salary over an established amount of time. Rather, it means employees following employer instructions over a period of several decades, with rotations through different locations and posts. Over time, employees receive training and develop skills, but ultimately become experts in “the Company.” The result is an “everyone does everything” culture in some Japanese workplaces reflecting an employment relationship based not on skills or functional roles, but regular employees being paid to follow instructions. One ramification of this is that employees being paid to follow instructions of someone not their employer is problematic; it risks obfuscating responsibility for the legal obligations imposed on employers. A dispatched worker arrangement, whereby employees of a licensed agency are sent to work on client premises under instructions from client management are a highly-regulated exception to the standard employment model.

When the DWA was first passed in 1986, dispatch arrangements could only be used to provide temporary workers with specific skills such as English typing. Even then, putting a skill-specific worker in an “everyone does everything” workplace environment made it more complex. The DWA was gradually expanded so dispatched workers could be used in the same manner as general all-purpose employees (subject to some narrow exceptions). A distinction remained between dispatched workers having designated categories of skills and those used for general purposes. The former could be used on a dispatch basis indefinitely, while the latter were subject to a three-year maximum. The intent of the DWA was (and remains) that an employer having long-term needs for general employees should hire them directly.

These distinctions created various compliance risks. Asking a dispatched secretary (one of the designated catego- ries of skills) to do too many “general” tasks (e.g. taking out the trash or tidying up) could result in her being deemed a general worker subject to the three-year maximum dispatch period. The amendments to the DWA would clarify compliance requirements by allowing dispatched workers to be used for three years, regardless of whether they have specific skills. Moreover, a series of dispatched workers can be used for successive three-year periods, so long as the client consults with its union or employee representatives.

A basic premise of the DWA persists, that dispatched workers should not become substitutes for regular, direct employment. Furthermore, the amended DWA seeks to enhance the ability of dispatched workers to transition into regular employment (if they so desire) by imposing significant new burdens on providers of dispatched workers (like ManpowerGroup, where I am an outside director). Providers will have to offer periodic training and career counselling to their dispatch workforce to increase their employability. Providers and clients are also expected to cooperate in minimizing discrepancies in compensation between temporary workers and client-side employees performing similar tasks.

The amendments also tighten up licensing requirements applicable to dispatch worker providers. Previously, low entry barriers allowed for a proliferation of smaller providers lacking the financial strength to be fully responsible for protecting worker interests. The combination of stricter licensing and increased burdens on providers is expected to result in a consolidation in the staffing industry, where large, full-service firms like Manpower- Group will have advantages because of their resources, scale and responsibility.