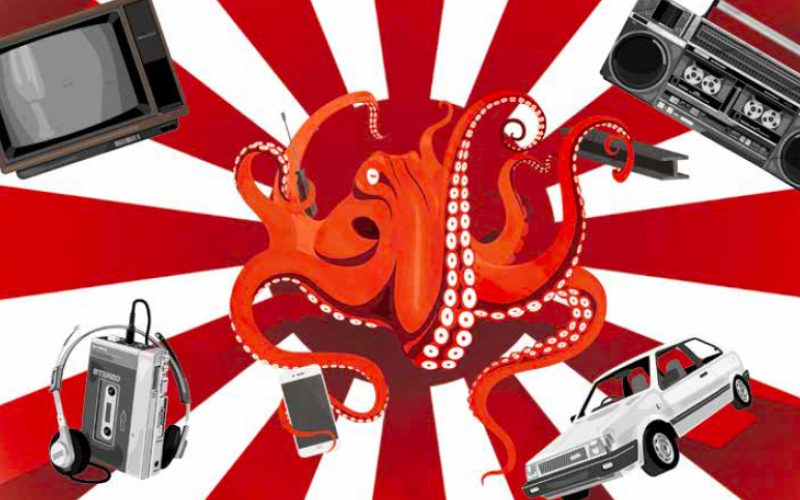 By Joseph Caron - Former Ambassador of Canada to Japan, an honorary professor with the Institute of Asian Research at the University of British Columbia and a distinguished fellow with the Asia Pacific Foundation of Canada.

CANADIAN COMPANIES CAN FIND OPPORTUNITY IN JAPAN’S TRADITION OF ‘MONOZUKURI’

Canadians who have the good fortune of living in today’s Japan, and those who have decades of experience there, understand that its unique blend of cultural and social continuity—mixed with its economic discontinuities— has largely reshaped the country over the last two decades. In just over one generation, Japan has gone from being viewed as the power house of Asia to a perpetual “also ran” behind China in terms of economic stature. For Canadians unfamiliar with Japan, this has left a confusion of images, many inaccurate.

It’s in Canada’s interest to correct misconceptions by providing a more fulsome picture of today’s Japan, and the opportunities it continues to present. Such messaging is the job of our chambers of commerce in Canada and Japan, as well as that of Canadians committed to international business.

There are three narratives to consider about modern Japan. Two will be familiar, but the third is where Canadian business opportunities lie.

The first narrative begins in 1960 and continues for over a decade of 9.7 per cent annual growth. Japan’s technological and industrial accomplishments were spectacular and re-introduced post-war Japan to much of the world.

For Canadians, this meant Japanese-produced Toyotas, Hondas and Nissans; Sony Walkmen and Trinitron televisions and Panasonic and Hitachi appliances. At the same time, Canadian tourists brought back an awareness of the rich features of Japanese culture.

The second narrative starts in the immediate aftermath of the asset price bubble burst in 1990—an event prompted not only by the Bank of Japan’s decision to raise interest rates, but also because a lot of bad business and government policy chickens came home to roost. The Nikkei Stock Average plunged nearly 50 per centin that year alone. Commercial real estate in the largest cities, which had risen on the index from 1983 to peak in 1990, plunged more than 500 points by 2002.

Japan saw the worst deflation of any developed economy in contemporary history.

We can’t deny these facts. Nor should we downplay Japanese social policy challenges. But these don’t tell the whole story. Canadians need to look beyond the first two narratives and understand the abiding strengths of Japan’s economy and contemporary realities—the third narrative.

Japanese ICT lost its luster when its competitors created major global brands, best exemplified by Apple and Samsung. It also saw the U.S. lead in areas that were only nascent in the 1970s, such as biotechnology, nanotech and cloud computing.

One of the consequences of these tech developments has been that what makes our every day consumer products and tools work and produce the marvels that we now take for granted are not the outer shells but what’s inside them. We have the impression that the Japanese economy has largely exhausted its creativity and its technological innovativeness—but that’s not true.

Take Apple. Few Canadians have heard of Japanese companies such as Murata, TDK, Kyocera or Nitto Denko, but these and other Japanese firms provide many elements of Apple’s iPhone 6. Four of the seven critical component suppliers from Asia are Japanese: Sony for its cameras, Japan Display for screens, TDK for inductor coils and Toshiba for storage. According to some sources, 139 Japanese companies supply components to the Apple family of products. That is more than twice the number of American ones.

And it’s not just Apple:

• Mabuchi Motors manufactures 70 per cent of the motors used in automotive door mirrors and handles.

• Japan Steel Works in Hokkaido is the only company in the world that manufactures solid steel vessels for nuclear reactors.

• Shimano supplies over 60 per cent of the world’s bicycle gears and brakes.

• And YKK makes around half the world’s zip fasteners!

So in addition to leading globally in transportation, digital media, financial and auto companies, Japan is home to a plethora of world class, highly specialized manufacturers leading in key industrial subsectors, as those noted above. Some of these firms have international footprints, others supply what is still the vast Japanese domestic market: Japan is one of only 12 countries in the world with over 100 million people. This makes it, for example, the second largest insurance market in the world.

Japan has a centuries old tradition of manufacturing, referred to a monozukuri, or “the making of things.” As anyone who as spent time in Japan and watched a sushi chef prepare dinner or a sales clerk wrap a gift will know, there is a meticulousness, a devotion to precision and correct form. These characteristics of Japanese culture flow naturally into manufacturing and professional conduct. They underpin the products that you buy and on which mass producers such as Apple and Toyota depend.

It’s not just a matter of culture: since 2000, Japanese have won 16 Nobel prizes, all in the sciences—half in physics and the rest in chemistry and medicine. That’s more Nobels than the total for France (10) or Germany (9). Only the U.K. and the U.S. surpass Japan on that front.

Japan is the third largest investor in R&D after the U.S. and China, and it surpasses both as a share of GDP: 3.6 per cent over the US share of 2.7 and 2 per cent for China. Only South Korea, at 4.3 per cent, surpasses Japan. Canada’s share of R&D to GDP is a paltry one-third that of Japan.

Another thing to keep an eye on: the propensity of Japanese business and consumers to spot cutting edge trends.

During my 17 years living in Japan, I was always impressed by the thirst for the new among Japanese consumers— the desire to have the latest gadgets, fashions, products and services that businesses could dream up. If you want to spot trends, spot them among the Japanese.

Just look at mobile media. Did you know that Japan is the biggest app market in the world? According to Forbes, Google and Apple sell more apps in Japan than in the U.S. or Korea.

On the way to the 2020 Olympics, Japan is installing universally accessible, near field communication (NFC) facilities throughout Tokyo to automatically connect smart phones to service providers, including the subway system, train stations and so forth.

All of this, and more, defines contemporary Japan. Many of us may keep an eye on the macro-economy, and that makes sense because Japan remains the world’s third largest economy and a keystone in the Asian dynamic. But we all
live and do business in the micro-economy—the third narrative—and this is where Canadian businesses will continue to find opportunities in Japan.