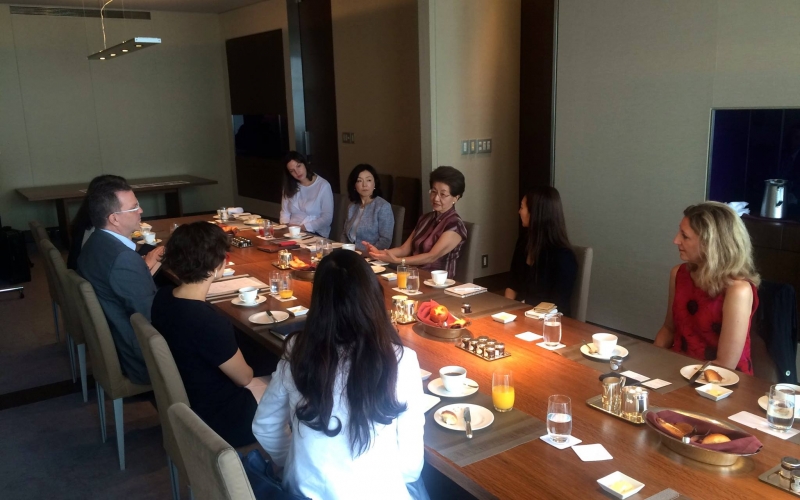 Our last edition of the CCCJ - McGill MBA Japan Gender Diversity Roundtable took place on July 14th, at the Roppongi Hills Club. The thinkgroup led by Akiko Kosuda, member of the CCCJ's Honorary Board of Advisors, Senior Advisor to the Japan PFI/PPP Association, and Tokyo Girls Collection Executive Committee Supervisor, discussed the importance of engaging top executives in promoting gender diversity. Our group of 12 inspiring executives shared their stories and ideas to further this objective and how its accomplishment could help enhance women participation in the workplace in Japan.

This edition's thinkgroup was higly diversified itself, composed by women and men, both from Japan and abroad. The main take-aways from this discussion include:

This last roundtable conculded our series of 5 meetings where the following themes were discussed:

The CCCJ would like to thank all participating members as well as Kosuda-san for their great contribution in providing depth to the CCCJ gender diversity advocacy. Future activities willbe announced soon.