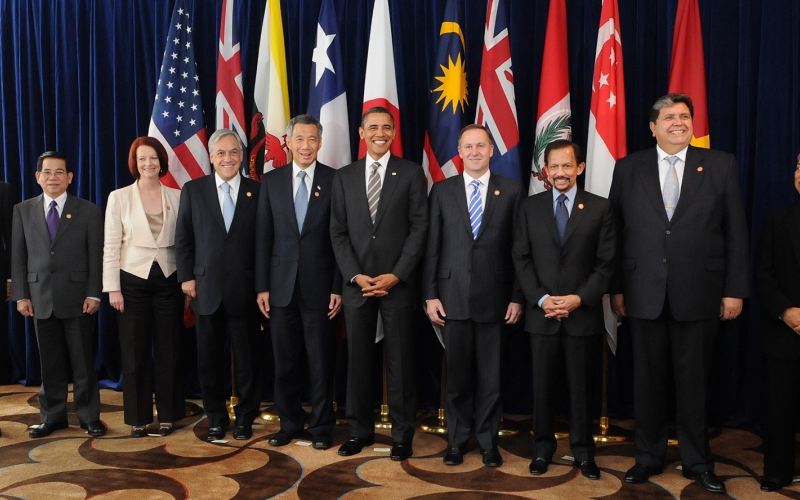 Intelligence Unit: The TPP Point - It promises to liberalize trade but positive effects could be a long way off our for the International Agreement.

When the Trans-Pacific Partnership (TPP) negotiations were concluded in early October, the announcement was greeted with equal measures of excitement and relief. At the time, no one could have known the precise details of the agreement since it weighs in at 6,000 pages of text, tariff schedules and side notes, but it didn’t seem to matter much— if nothing else, the world would be spared another set of interminable, confidence-sapping international trade negotiations.

Just two months later, however, excitement and relief have given way to more mixed reactions. The details in the text reveal an agreement that does much to liberalize trade between the 12 member nations but, disappointingly, they also show less ambition than was once promised. On top of that, the agreement might not even be implemented for another 18-24 months, a long time considering that many of the highest barriers to trade only begin to be removed upon the TPP's entry into force.

WHAT’S THE HOLD-UP?
Rare is the trade agreement that moves quickly through the process of negotiation, ratification and implementation. Trade is a divisive issue and even staunch pro-traders have constituencies to mollify and interests to defend or, failing that, to compensate. The EIU’s view is that in several of the tpp member countries, the agreement could be ratified with little fuss, receiving virtual rubber stamps in Brunei, Singapore and Malaysia and passing easily in Mex- ico, Peru, Chile, Canada and New Zealand, where the parties in power have enough legislative clout to push through the deal. In Japan, a bloc of Liberal Democratic Party members would need to defect for the tpp bill to be voted down and considering the leniency shown to Japan on ag- riculture in the agreement, we don’t expect that to happen.

While encouraging, for now none of that really matters because the U.S. will not ratify the tpp for at least another 15-18 months—if not longer. Negotiators were always aware that the 2016 U.S. election cycle threatened to delay passage of TPP legislation and unless the agreement was completed well before the cycle started, it might not be voted on for some time, as happened with the U.S. free trade agreements with South Korea, Panama and Colombia, all of which languished during the Bush-Obama transition before eventually being passed.

As of just a few months ago, however, when the end of negotiations were in sight, there seemed a shared belief that the agreement still had a chance of meeting that deadline so long as it was completed by mid-autumn of 2015. But that ignored important procedural matters, not least the strong likelihood that Congress would request an economic impact assessment of the TPP from the International Trade Commission, which can take up six months. Whenever the results are released, lawmakers will still need to debate the deal, pushing a potential vote into July or August. By then, many of them will be campaigning for re-election and because trade deals are not vote winners, self-preservation will dictate their actions accordingly. So, like the North American Free Trade Agreement (NAFTA) and the FTAs with South Korea, Panama, and Colombia before it, responsibility for passing the TPP will fall to the next president. It’s too soon to tell who that might be. A Republican administration would probably be more inclined to pass a TPP bill given the Party’s traditional support for free trade, although that’s far from assured. If it’s a Democrat—whether Hillary Clinton or, less likely, Bernie Sanders— we should expect a more drawn-out process, including, potentially, a call for renegotiations. Besides adding more time, that would also anger the other TPP members, some of whom might refuse to reopen ne-gotiations, a scenario that could kill the agreement altogether.

NOT SO FAST
The good news is that, if and when the TPP does enter into force, a broad slate of liberalizing measures will come into effect immediately. Tariffs on 90 per cent of goods traded between member countries that satisfy rule of origin (ROO) requirements will go to zero on day one, with most of the remaining 10 per cent to follow on longer reduction schedules. On this score, the TPP more or less meets expectations (although Japan, the U.S. and others managed to shelter some sensitive products from full-tariff elimination and the annexes, where exceptions are addressed, can run to nearly 80 pages).

But tariffs are already fairly low in the member countries, so the greatest opportunities were always elsewhere—such as in services, rules governing state-owned enterprises (SOE) and other, so-called “21st century” issues. Here is where the disappointment begins to set in. While it’s encouraging that services are treated using a “negative list” approach, meaning any type of service not explicitly named will be liberalized, many of the countries have long lists of exceptions. The list of exceptions to new disciplines on state-owned enterprises is long, too, and more importantly, the TPP does not prohibit member countries from creating new soes.

More broadly, because many of the measures that could have the most impact on trade are phased-in over periods of varying length, we shouldn’t expect to see significant benefits from the TPP for a number of years after its implementation. This an important point often left out of FTA analysis. And when combined with the U.S.-caused delays to the ratification process, that means it won’t be until the early part of the next decade before the impact of the TPP can be felt.