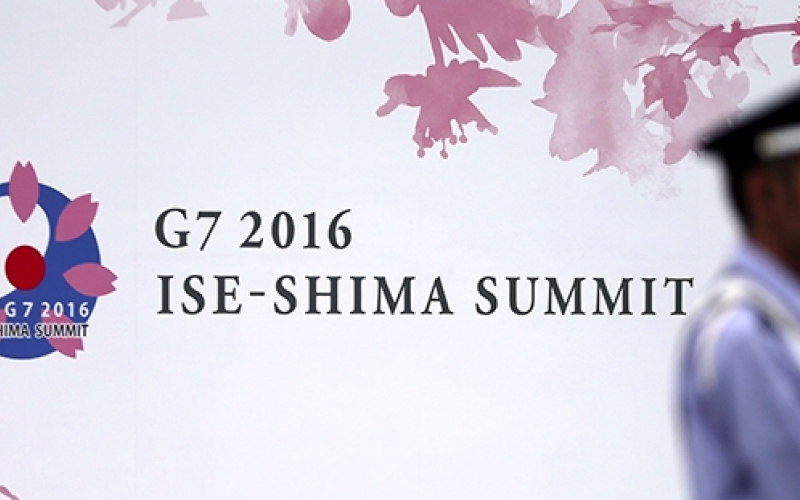 By Matt Fraser, consul and senior trade commissioner at the Consulate of Canada in Nagoya, Japan

SETTING THE STAGE FOR THE G7 SUMMIT IN JAPAN

This year, the 42nd annual G7 summit in Ise-Shima, Mie Prefecture, will bring together leaders of seven of the world’s most industrialized nations and is expected to address a number of global challenges such as the economic downturn, terrorism, humanitarian crises and ongoing conflicts. In addition to the leaders’ summit to be held May 26-27, separate meetings will also take place throughout the year at various locations around Japan for other G7 ministers, such as those in charge of foreign affairs, finance, agriculture, energy, education, environment, health and transport.

In April, Japan will also host the 2016 Junior 7 (J7) summit, to encourage dialogue and debate between young representatives from each of the G7 member countries, including Canada.

Formally called the Group of Seven, the G7 includes Canada, France, Germany, Italy, Japan, the United Kingdom and the United States. Representatives from the European Union will also attend the conference. While the leaders of these countries are in regular contact, they meet in summit format as the G7 once each year.

The G7 was officially established in 1985 to facilitate economic cooperation among the world’s largest industrial nations, though summit meetings with the members actually began in 1975. Between 1997 and 2013, the G7 met in a G8 format as Russia was also invited to join the group in recognition of the economic and democratic reforms it had undertaken at that time. In 2014, however, Russia’s violation of Ukraine’s sovereignty and territorial integrity led to its suspension from participation in the g8, and the meetings returned to the G7 format.

It is in the interest of all Canadians that Canada participates in international discussions with its key partners. Membership in the G7 enables Canada to advance its broad foreign policy, economic and commercial agenda, and help to shape global developments on a range of issues—including responses to global crises. Hosting of the G7 rotates among member countries. The next summit Canada is scheduled to host is in 2018.

As for the summit this May, the planning is extensive and already well underway. In addition to the responsibilities of Japan (which has assumed the G7 presidency for 2016-17), preparations are also being undertaken by official aides to each head of government—known as “sherpas.” Just as in mountain climbing, G7 sherpas maintain close contact with each other and help guide their leaders throughout the run-up to the actual summit meetings. The Canadian Embassy in Tokyo and its consulate in Nagoya play important roles in assisting and facilitating this process, especially with logistical elements.

This year the leaders will meet on Kashikojima, a small island off the Shima Peninsula. This part of eastern Mie Prefecture also includes Ise-Shima National Park and the cities of Ise (with its famous shrine), Toba and Shima.

The official logo for the Ise-Shima summit was chosen by the Japanese government from among thousands of entries submitted by students across the country. The winning design features a red disc in the center representing the circle of the sun and the hinomaru, Japan’s national flag. The central motif is encircled by sakura, or cherry blossom petals, a well-recognized symbol of Japan, with the number of petals signifying the participating G7 countries. The blue crescent in the background is the ocean surrounding Ise-Shima.