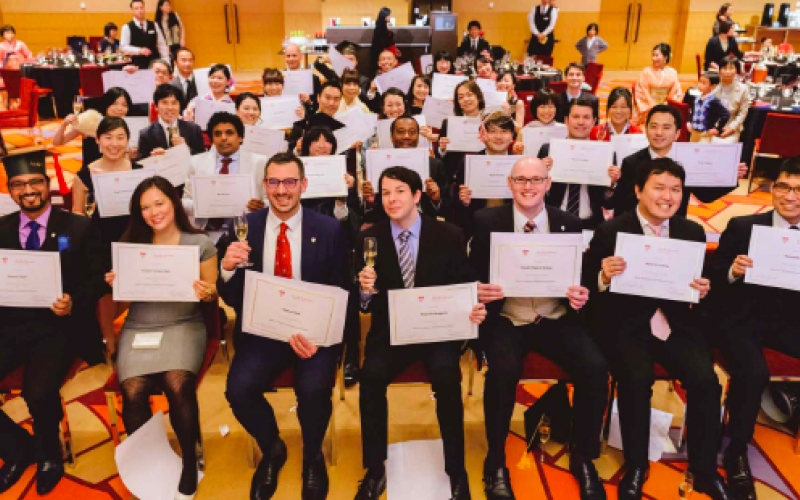 By Trevor Kennedy, an M.A. candidate in Asia Pacific Policy Studies at the University of British Columbia.

It’s hardly breaking news that both nations and individual universities want to recruit students from beyond their shores. Attracting brainpower (and student fees) from overseas has obvious advantages for both institution and country, while the students themselves get potentially life-changing opportunities for broader education, experience and personal connections. But how successful are Japanese and Canadian universities at enticing these young minds into their classrooms—and just how strong are the foreign study links between our two countries?

The short answer is: “Quite well, but with a lot of room for improvement.” According to the Organisation for Economic Co-operation and Development (oecd) numbers there were 286,832 foreign students in Japan and 342,366 in Canada studying at the tertiary level or above.

Within those totals, Canada and Japan share a fairly healthy exchange of students, both full-time and exchange. According to Japan’s Ministry of Education, Culture, Sports, Science and Technology, 6,614 of the country’s 2,868,872 university students in academic 2013 were studying in Canada—the most in any nation except the 16,794 hitting the books in the United States—and a hair ahead of the 6,519 in the u.k. and 6,392 in Australia. Canada also has the world’s number two Japanese student to population ratio at 1-to-5,500, behind Australia’s 1-to-3,500 but way ahead of the u.s. and the u.k. (at ratios of 1-to-20,000 and
1-to-10,000, respectively).

While Canada is doing quite well attracting Japanese students to its campuses, there aren’t many Canadians going the other way—or anywhere— for that matter. Though 97 per cent of Canadian universities offer international opportunities, just 3.2 per cent of students study abroad annually, with funding often cited as a major barrier for prospective exchange students. When it comes to opportunities in Japan, very few Canadians study here full-time, and Canada was Japan’s eighth largest source of exchange students in 2014, at 242.

Often, Canadian students simply are not aware of the many private and government support programs available in Japan. Many would, for example, be eligible for Japanese government-backed Japan Student Services Organisation (jasso) scholarships of ¥80,000 per month, available for applicants studying here anywhere from eight days to a year. Meanwhile, up to 100 students from the University of British Columbia, Carleton University and other Canadian schools can apply for a fully funded cultural exchange to Japan for one to weeks under the Japanese Ministry of Foreign Affairs-affiliated Kakehashi Project.

Continuing the Canadian participation in the Japan Exchange and Teaching Programme (jet) shows there is still high interest in visiting or living in Japan among Canadian young people. More Canadian students are making the cross-Pacific trip, but increasing awareness may very well encourage even larger numbers of Canadians to make Japan their study abroad choice, further enriching our personal, cultural and economic ties.

Canadian students are not aware of the many private and government support programs available in Japan.