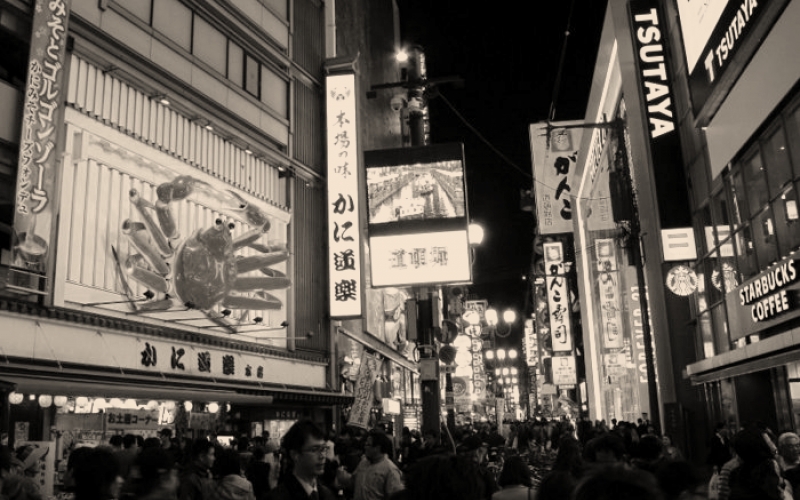 CCCJ Chairman, Wilf Wakely was 15 years old when he made his way to Japan with five other friends aboard a 4,000 tonne Showa shipping line freighter. “Back then, Japan looked like a story book,” Wakely recalls. “It was enchanting, and it enchanted the hell out of me—and it has continued to enchant me ever since.” He settled in Osaka and—like many Canadians who land on these shores—began to teach English.

A strike of luck landed him on stage – quite by accident – with famous comedian, Katsura Sanshi. Chairman Wakely tells it like this:

“He saw me—the foreigner standing in the doorway—and called me onto the stage and started speaking to me in really strong Osaka-ben (dialect). I guess they thought it would be funny. At that time not many gaijin (foreigners) spoke Japanese—certainly not the local dialect—but I understood perfectly. I’d learned in my neighborhood: everyday I would visit my local sento (public bath house) and met other regulars and we would go out afterwards to the local bars. I didn’t understand that this was a regional thing—I just thought this was how people spoke in Japan.

“When I got on stage Sanshi said to me something like, ‘Mo sabu narimashita na? (It’s become very cold, hasn’t it)?’ I answered, ‘Seiya, seiya. Keito no pachi naeiharumuka? (Yes, are you wearing long underwear)?’ which is what the locals used to say to each other as a winter greeting. The whole studio erupted. They were clapping and howling—they loved it. “Then came the commercial break. I went to walk out and keep searching for my date, but the producer ran up and asked me to come back next week. ‘We’ll pay you!’ “I was fairly broke at the time, so I said ok and I did the show the next week—and then every week after.