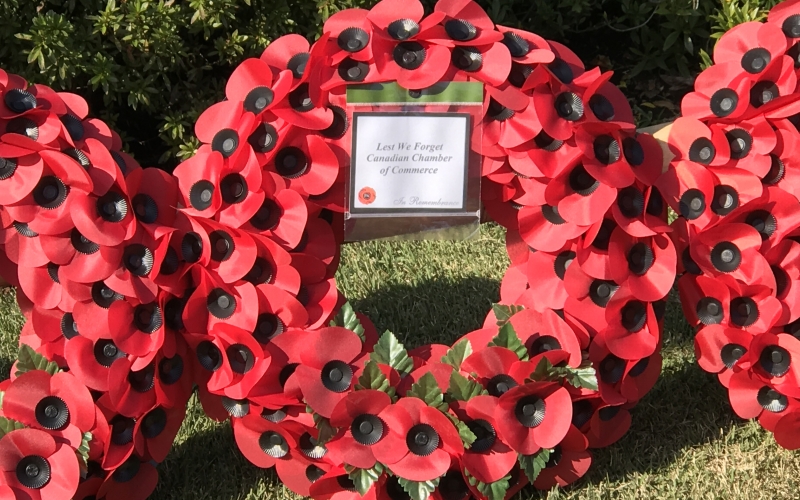 On Sunday November 13, the sun beat down on the immaculate rows of graves, graves framed by red rose bushes that seemed poppies dancing in a cordial breeze. Ministers from four faiths, a dozen or so embassies and various organizations, such as the CCCJ turned up at the Hodogawa Cemetery in Yokohama, to remember each soldier whose young stride--and these were very young men, their gray headstones shout--was cut down by unfeeling war.

More than a hundred and thirty Canadian souls, some from the concentration camp that was set up in distant Hong Kong, are anchored in Hodogawa.

This quiet place calls one and all to pay tribute to the ultimate sacrifice. Between the plaintive song of the ceremonial bagpipes and the sorrow of the bugle, those who visit on this ceremonial day look for reasons for this enormous loss in the heavy minutes of silence.

I hope you will join me next year in this Hodogaya Cemetery Remembrance Day ceremony.