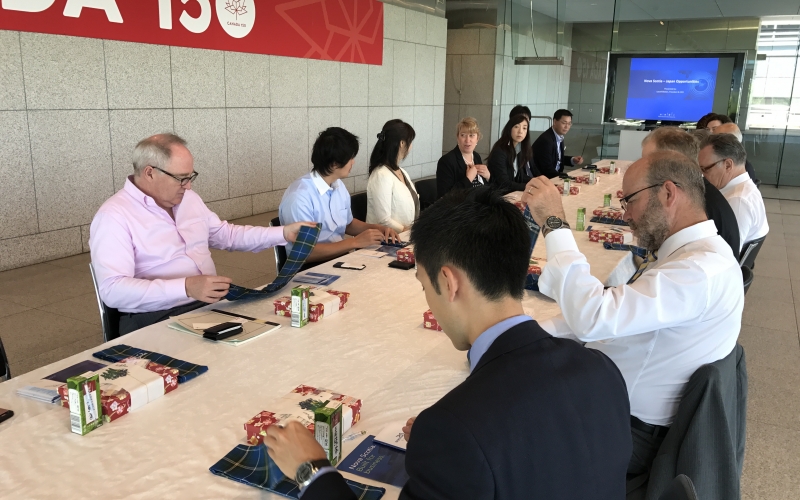 CCCJ Executives and members welcomed Ms. Laurel Broten, President and CEO of Nova Scotia Business Inc. to Japan on Monday, May 29th at the Embassy of Canada to Japan.

With its location and several noticeable advantages (such as its highly skilled workforce), the two sides agreed that Nova Scotia is a primary investment destination for Japanese firms and the CCCJ will look to assist partners across the Pacific in making the relationship between Japan and Nova Scotia even stronger.