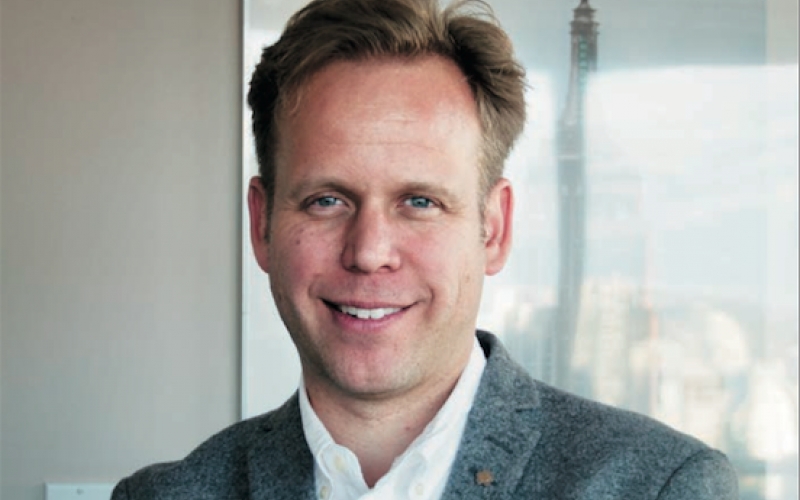 Marc Bolduc is the outgoing Vice-Chair of the CCCJ

A native of Montreal, Marc Bolduc first arrived in Japan in 1997 as a student on a working holiday visa. After becoming interested in Japanese at McGill University (where he minored in East Asian Studies), Bolduc studied for two years at a senmon gakko (professional training college) in Yokohama — a city where he also taught both English and French. This allowed him to get his bearings in a country that would welcome him again 10 years later when he returned to work for Hitachi High-Tech in its corporate strategy division in Tokyo.

Now, Bolduc is back-and-forth from Vancouver to Japan regularly as president of a joint venture company between Hitachi High-Technologies and Air Water Plant & Engineering co-ordinating the manufacture and sales in North America of tank containers used for transporting liquefied natural gas (LNG) and related products crucial to the distribution of LNG to remote customers around the world.

He is also the current vice-chairman of the Canadian Chamber of Commerce in Japan — a position he’s set to vacate when his term is up this October. “I first heard about the CCCJ around 2010 from business contacts,” he says. “I joined the Chamber because I was looking to expand my network of contacts between Canada and Japan.” On this he was successful. Not only did he meet other members and new contacts, but he also made strategic connections on both the business and political fronts, which he sees as keys for one’s success in the international corporate business world. One of those new contacts was none other than current chairman Wilf Wakely.“Wilf made me realize that all members of the CCCJ could have an influence on the Canada-Japan business relationship,” he says. And that influenced him to run for the board of governors because, as he recalls: “Being on the board I could have an even more fruitful experience."

When asked about what project or committee he found the most interesting, Bolduc immediately names the Events Committee. “It was the first committee I joined. I believe it’s a crucial committee for the CCCJ as the one that helps to shape the organization’s image,” he says. “I worked on several events, but the one that I found the most rewarding was the Energy Round-Up in November 2014. This one event brought many of the leading industry players together to discuss topics of interest for Canada-Japan LNG projects.”

One of the things you learn rather quickly if you spend time with members of the CCCJ is the fact that they are all hands on — and a chorus echoed among them is “get involved.” Bolduc happily picks up the refrain when asked about his advice for new joinees: “Yes! I think new members should get involved as much as they can! The more you invest yourself in the CCCJ, the more you will benefit from your involvement.” He suggests that if members give just one to two hours of their time each week to a committee, their actions will have “a considerable impact on the Canada-Japan business community.”

As he reflects on his time as vice-chairman, Bolduc sees there are advocacy issues that the Chamber must continue. “I believe that free trade agreements, energy and direct investment via private-public partnerships are some of the current agendas we should continue to explore on the economic front,” he says. “On the political side, things like voting rights for Canadian citizens residing overseas are important platforms for further CCCJ advocacy.” He encourages members to get involved and join Chamber committees. When asked if he had any message for the new board, Bolduc says: “Continue to be active on as many committees as you can — even after being elected. Being a board member is about leadership and leadership needs to be continued from the grassroots level in order to bring mean- ingful impact to the CCCJ.”

The Canadian - Autumn 2015. Vol 15. Issue 02. available for download in pdf, and other mobile formats here.