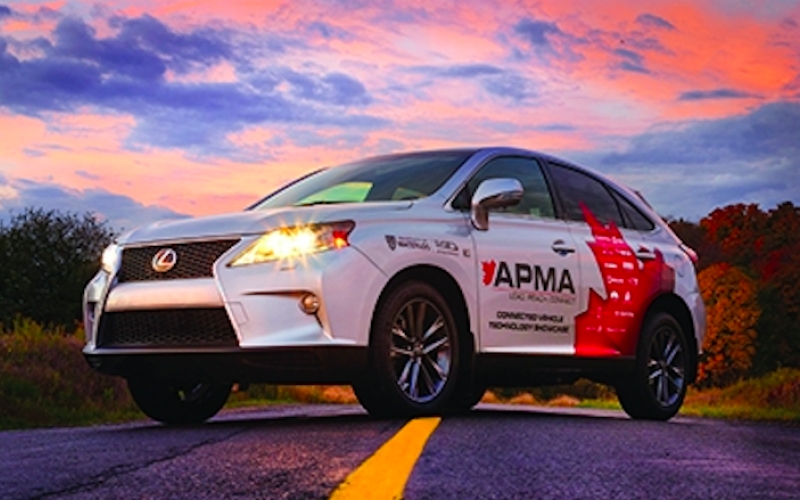 Embassy Message: The Internet of Things

Kimihiro (Hero) Iwao is a trade commissioner in the Canadian Embassy responsible for the information and communications technology sector.

Imagine you’re driving to a meeting with a client. Heavy rain has reduced traffic to a slow crawl, and your drive has become a nightmarish, white-knuckle experience. What if your car pulled the latest traffic information from cameras and other traffic monitoring devices along your planned route, calculated your likely arrival time and sent this to your client—all without you so much as pushing a button? What if, as you walked through the snack aisle in the grocery or convenience store, your smartphone told you that your favourite brand of nuts was on special? Or your refrigerator “saw” that your teenage son had finished off the milk (or maybe just hadn’t put it back in the fridge) and “asked” your smartphone to remind you to pick up a new carton on the way home from work?

These are not examples from science fiction, but scenarios already—or soon to be—made real by a phenomenon known as the Internet of Things (IoT in techie jargon). The Internet of Things is basically networked machines talking to other machines, using built-in microchips and access to the Internet. The applications are limitless—devices that can be connected range from ordinary household items and medical equipment to industrial machinery, and, even, farm animals (via electronic transmitters). These devices generate information that can be tracked, exchanged, and analyzed—leading to a wide range of potential applications to improve processes, increase sales and make life safer. The collection and use of this data is referred to as “Big Data,” another tech buzz word, and increasingly, in everyday business circles.

In Canada, the Automotive Parts Manufacturers’ Association (apma), in collaboration with Toyota and the University of Waterloo, has developed a project called the Connected Vehicle Technology Showcase, or Connected Car Project (http://apma-cvd.uwater- loo.ca), for short. Showcasing Canadian IoT technologies, the outcome of the first phase of the project is a Lexus suv that features a voice-powered, hands-free information and entertainment system connected to broadband Internet; an early warning system to warn the driver of approaching first-responder vehicles; and a system that monitors driver behavior, as well as road and traffic conditions, combining this with data generated by other connected automobiles to provide feedback to enable safer, more environmentally friendly driver behavior.

Similarly in Japan, many IoT-related products and services are appearing in the marketplace, with overall sales for 2014 estimated at ¥9.4 trillion (C$100 billion). According to telecommunications manufacturing industry association Mobile Computing Promotion Consortium (mcpc), Japanese manufacturers sold approximately 1 trillion sensor products in 2014. Looking forward, ictconsulting firm, idc Japan, predicts that from now through to 2019, the Japanese IoT market will grow at 11.4 per cent per year, reaching a value of ¥16.4 trillion (C$170 billion).

In spite of these impressive numbers, the IoT market in Japan—as in many other countries—is still in a relatively early stage of development. For example, while many Japanese automakers do offer monitoring and analysis systems on their vehicles, examples of connection with other information sources or vehicles are very limited. Opportunities for new technologies and applications are significant, not only in the automotive sector, but in a wide range of areas.

The Canadian Trade Commissioner Service in Japan works to promote Canadian capabilities in innovative technologies and game-changing applications, as well as to facilitate strategic partnerships between Canadian and Japanese companies. If you’re interested in knowing more about Canadian capabilities in IoT—or in any other area—or are a Canadian company interested in pursuing opportunities in the Japanese market, please connect with the Canadian Trade Commissioner Service at the Embassy of Canada in Japan website: www.trade-commissioner.gc.ca/eng/offices-japan.jsp or via email at japancommerce [at] interna-tional.gc.ca.