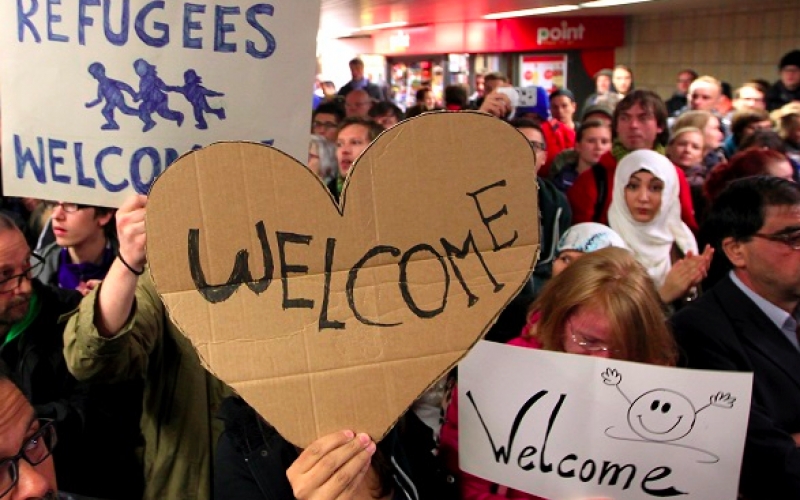 By R. Sakai-Irvine, a journalist and university lecturer in Tokyo

One of the proudest days I’ve ever had as a Canadian was Dec. 10, 2015. That was the day (technically Dec. 11 here in Japan) the first planeload of Syrian refugees in an ambitious Canadian government-backed airlift arrived at Pearson International Airport just outside Toronto, met by a welcome committee headed by Prime Minister Justin Trudeau.

That airport scene reverberated around the world, but it struck an especially deep chord with many Canadians like myself, perhaps because it summed up in a few powerful moments what many of us understand Canada—and “Canadian-ness”—to be in the 21st century. Many, including myself, are from families who came to Canada relatively recently. Arrival in a new country and all the hardship and potential that it represents is a core narrative in our stories. What’s more, we watched and read and tweeted in the knowledge that, on the whole, the Syrians walking on Canadian soil for the first time that night would be welcomed into their new nation.

“Diversity our strength” is the civic motto of Toronto, but it could very well be that of all Canada. And not just because of the macro-level economic and social dynamism that openness and immigration bring. No, this could be our maxim because Canada’s openness often has a striking impact on the personal development of all of us who grew up in or joined our diverse national family.

The very fact that hundreds of thousands of people from all over the world become Canadian every year, that all of us live our lives together studying, working, talking, arguing, partying and squishing into overstuffed ttc subway cars means that acceptance of people asthey are is simply essential to day-to-day existence. So much so that this acceptance can become just another part of our mental furniture—solid, dependable, always there and therefore little noticed. Difference is the norm, cultural cross-pollination a fact of the everyday.

All this is, I believe, an advantage to Canadian expats, including many readers of this magazine. An OS-level acceptance of things done differently means adaptability without compromising our core identities. It means we can fit into our overseas homes with little friction, making us better able to capitalize on the many things we have in common with our neighbours rather than get snagged on the few differences. This doesn’t erase the possibility for disagreement, but in the aggregate contemporary Canadian programming is an enormous plus, in business, in friendship and in romance.

Sitting in Japan as I watched the Syrians’ arrival, however, the moment was tinged with a sad, doubled-edged frustration. On one side of the blade there was the certainty that, despite the obvious humanitarian need, no such happy photo ops would be happening anytime soon in Japan, though it may be one of the richest nations on Earth (and one with a declining population). On the other, was the understanding of how rich Canada has become both culturally and economically exactly because it opened its doors—advantages I hope my adopted home country will have as well.

As an immigrant to Japan in all but name, I know that this country can be accepting as well, that it generally values different cultures and contact with people from all over. And yet the Japanese government rejects the vast majority of refugee claims and has no true immigration policy to speak of. But whatever risks Japan sees in accepting new people—especially those in most dire need of help, like the millions of Syrians now in refugee camps—the potential for cultural growth, for infusing the economy with a fresh dynamism, for creating global citizens are far greater. The modern Canadian experience is, I hope, proof of this.