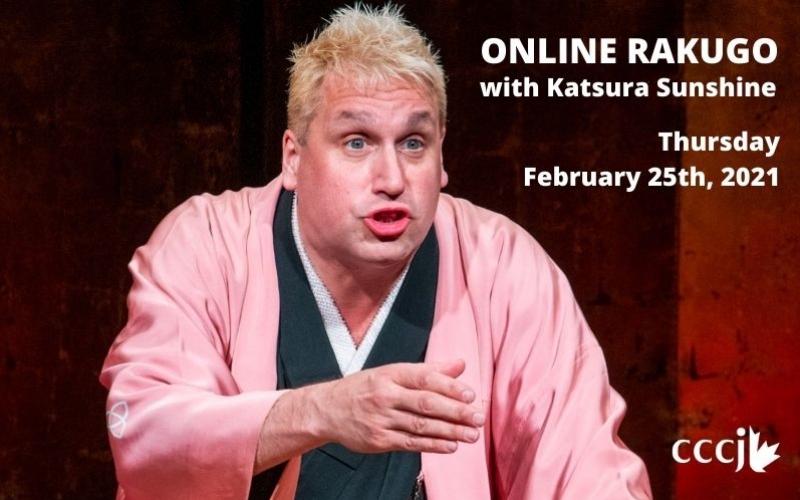 The CCCJ presents a night of Rakugo online with Cultural Ambassador Katsura Sunshine. Rakugo is one of the traditional performing arts in Japan, which is a storytelling with a humorous ending. Unlike other traditional performing arts, Rakugo uses only physical and hand gestures to advance the story, and one person plays many roles. The story always involves the dialogue of two or more characters and the difference between the two is depicted only through change in pitch, tone, and a slight turn of the head.

Katsura Sunshine has been a professional Rakugo-ka for 13 years and is currently the only foreign master of the art form. He opened Rakugo as a solo show in New York at the New York World Stages Theatre Complex, where it ran for 6 months until Broadway theatres closed due to Covid-19. He is set to resume this run as soon as Broadway theatres reopen. The CCCJ appointed Katsura Sunshine as our Cultural Ambassador in August 2013.