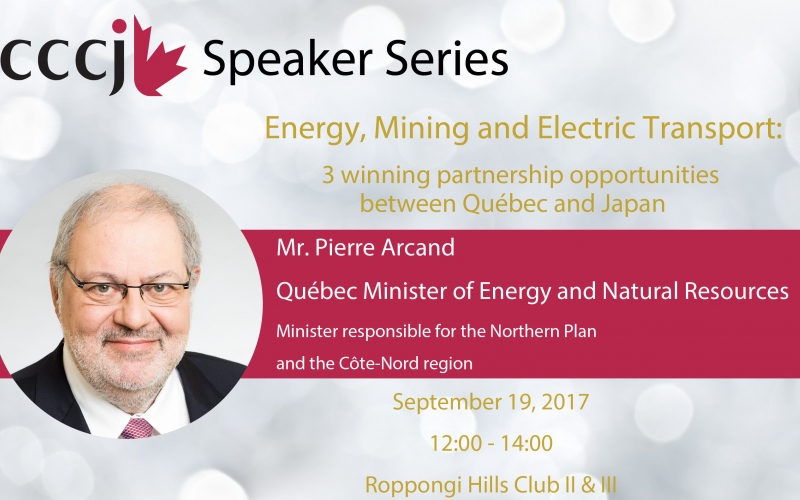 The CCCJ is proud to have Mr. Pierre Arcand, Quebec Minister of Energy and Natural Resources, as our speaker for our fall session.

Pierre Arcand began his career in the 1970s. He worked primarily in radio as a journalist, news director, vice-president, general manager and co-owner of the station. In the early 2000s, he was appointed president of Corus-Québec, which then owned 14 radio stations throughout Québec. He also served on the boards of directors of Tel-Aide and the Fondation pour enfants diabétiques.

Mr. Arcand was re-elected MNA for Mont-Royal riding for the fourth consecutive time on April 7, 2014. Since February 22, 2016, he is the Minister of Energy and Natural Resources, the Minister responsible for the Plan Nord.