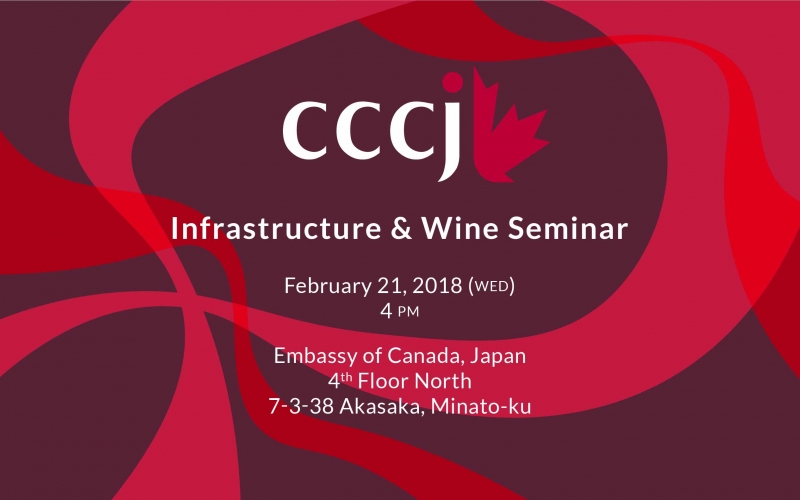 Since the beginning of the Trump administration in January 2017, Japanese companies have been closely following developments in North American infrastructure markets. Many seminars focusing on North American infrastructure have also been held, sponsored by JBIC, JETRO, law firms and others. However, although these seminars have nominally been focusing on "North America", in reality the focus has been heavily on the United States. This seminar aims to bring Canada back into the picture.

With this seminar, the CCCJ would like to encourage the Japanese private sector to become interested in a wider range of Canadian industries. For this reason, we will open this seminar on Canadian infrastructure and wine. The seminar is held together with the Overseas Infrastructure Study Group, who organise a series of monthly seminars.

There will be networking with Canadian wines, beers and finger food. 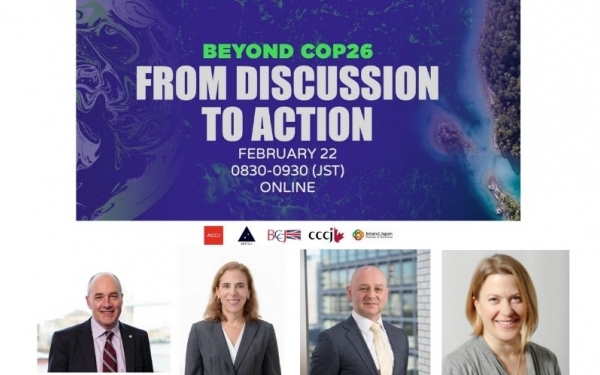 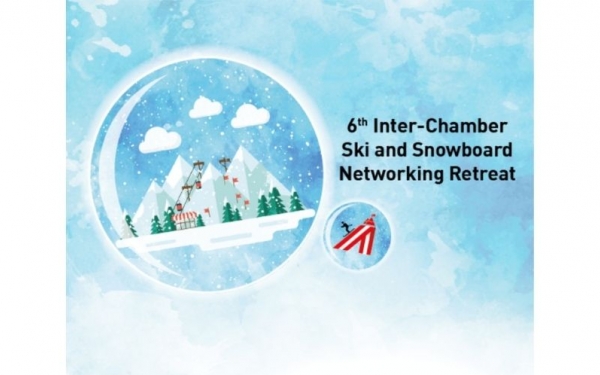 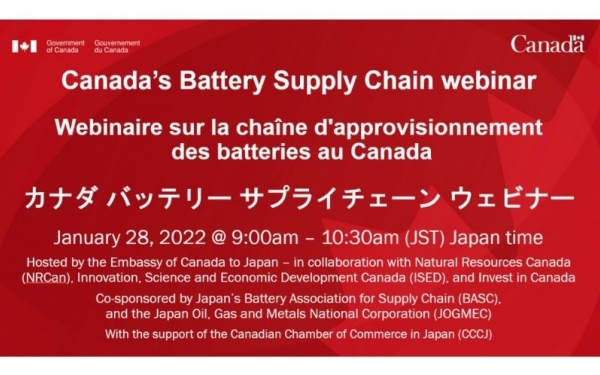