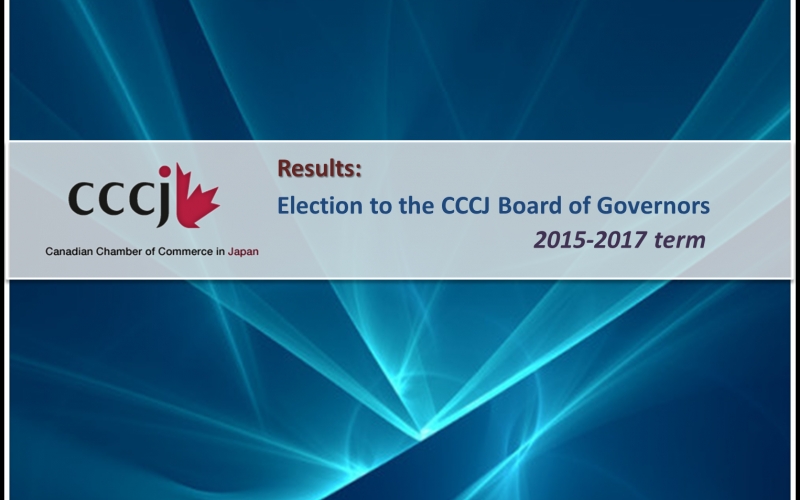 The Canadian Chamber of Commerce in Japan is pleased to announce the results of the recent Election to the CCCJ Board of Governors for the 2015-2017 term.

A call for nominations with a September 30th deadline was sent to every Member by e-mail on September 16, 2015, drawing a strong slate of candidates; all candidates are members in good standing and were duly nominated pursuant to the CCCJ’s Constitution and By-laws.

In the weeks following the gala, the CCCJ will release an official message introducing its new board of governors, with a message from the Chair.

Tomorrow evening, this eager group will convene for its first board meeting, and begin discussing how this Chamber can more efficiently work to better serve the members of the CCCJ as well as of course promote Canada-Japan business.