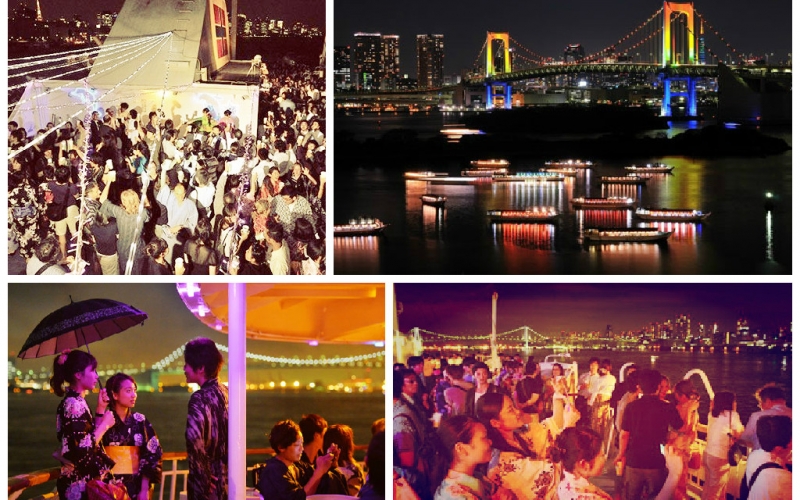 Following two days of hard rain from Typhoon Etau, on Thursday September 10th, the CCCJ, Mobile Monday Tokyo, and Sprinklr Japan, braved the elements and united for a fresh-air evening cruise around Tokyo bay.  Guests met at Takeshiba pier, and boarded the multistory ferry for a two hour tour of Tokyo bay. Rain cleared just as the ferry left the docks. **phew!!**

Guests gathered on the top deck of the ferry, and enjoyed an evening of casual conversation, networking and free flow beverages while cruising past some of Japan's most well known landmarks, the infamous Rainbow Bridge linking Shibaura Pier and the Odaiba waterfront. Guests were in good company and enjoyed making new connections with colleagues and friends from the networks of Mobile Monday Tokyo, Sprinklr Japan and the CCCJ.

Chamber events are a terrific opportunity to network and gain knowledge about various aspects of the Canada-Japan relationship and doing business in Japan. The CCCJ holds approximately 40 events per year covering a broad range of topics and themes. In addition to seminars and conferences on timely business issues, the CCCJ also works with networks throughout Japan to organize casual events – like Tokyo Bay Cruising – to facilitate new opportunities for professionals to meet and grow their connectivity.