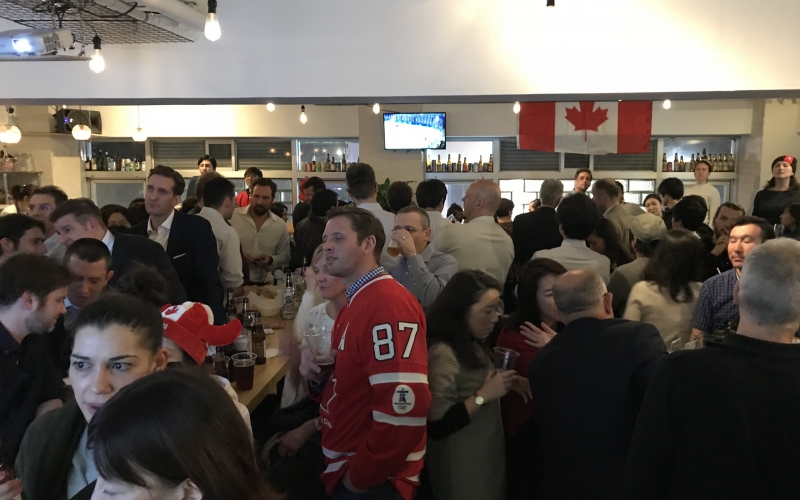 On February 15, we hosted a double event - a Housewarming party for the new CCCJ office, and then a Canadian hockey night at the nearby Brew La La bar. Both events were open for everyone and attracted a good number of people.

The Canadian Hockey Night, held at Brew La La, was a spin on our traditional University alumni mixer events. While a number of alumni did attend, the event also attracted many people from the Housewarming party as well as other CCCJ members and non-members. It was a full house enjoying Canadian craft beers and cheering for the Canadian team in their first Pyeongchang game. The atmosphere was lively until the end. Fortunately, the night ended in a 5-1 win for Canada.

The CCCJ sincerely hopes all attendees enjoyed these events.