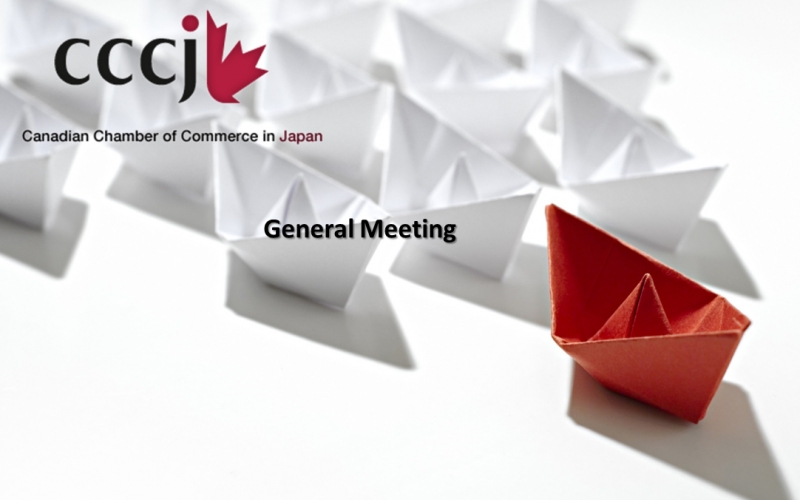 The CCCJ Board of Governors called for a General Meeting that was held at the Tokyo American Club, on July 1st, Canada Day.

At the meeting, Governors put to vote the two motions below to the CCCJ's membership.

With regards to the first motion, CCCJ Chairman highlighted the chance of diversifying the CCCJ’s income streams post legal incorporation, as well as a more legitimized chamber – with regards to administrative details on banking and finance – as key arguments.

On the second motion, CCCJ members were advised that our chamber had been obliged to move three important activities back until the fall from our original schedule of early summer due to extraneous circumstances relating to the health of one of the Chambers’ key volunteers.

Both motions were carried, with no votes against.