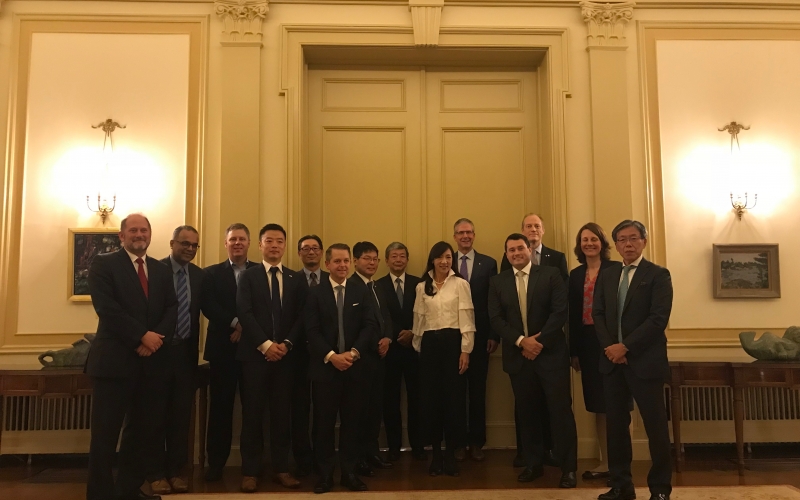 On October 3, 2018, CCCJ Chair Neil van Wouw along with 9 other CCCJ executives met with Ambassador of Canada to Japan Ian Burney as a part of the CCCJ Executive Forum. Ambassador Burney welcomed CCCJ executives to the Official Residence, and offered his gratitude to the members of the Canada-Japan business community. Ambassador Burney updated CCCJ members on the recently agreed USMCA (formerly known as NAFTA) between Canada, U.S., and Mexico, as well as the current status of CPTPP and the newly annouced LNG investment in Canada that is the largest single investment in Canadian history (incl. Mitsubishi Corproation).

Chair Neil van Wouw stressed that we need to create a bigger and stronger community to maximize the partnership opportunity between Canada and Japan. The CCCJ will assume a new role to bring awareness to CPTPP across the Pacific. Neil also updated the Chamber's involvement in the recent viewpoint on LGBT equal marriage rights and leading up to Tokyo 2020.

Ambassador Burney calls Canadian businesses to "seize the moment", as CPTPP will be crucial in a new age of Canada-Japan relations will more and more opportunities for business in both countries.