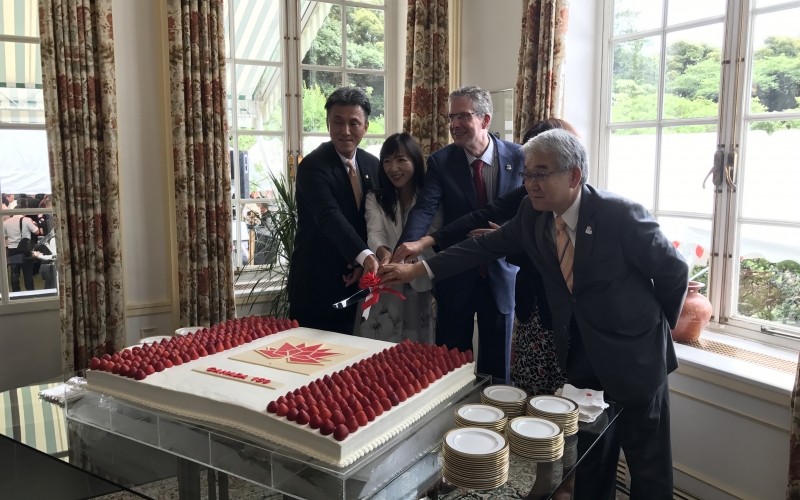 On July 30th, CCCJ held the Canadian Foundation 150th anniversary event with Embassy of Canada in Japan. In addition to more than 450 participants from various Canada-Japan business communities, the representatives of CCCJ and the Embassy were in attendance. Ian Burney, ambassador of Canada welcomed the guests in rainy day, expressed importance of Canada-Japan relation and to build a further strong relationship.

Also some of Canadian artists were invited, one of them was Katsura Sunshine, the only Rakugoka in Canada and he performed in front of many guests. Guests enjoyed many kinds of Canadian food including beef steak in Alberta, lobster from Nova Scotia, and Canadian special speciality Poutines. 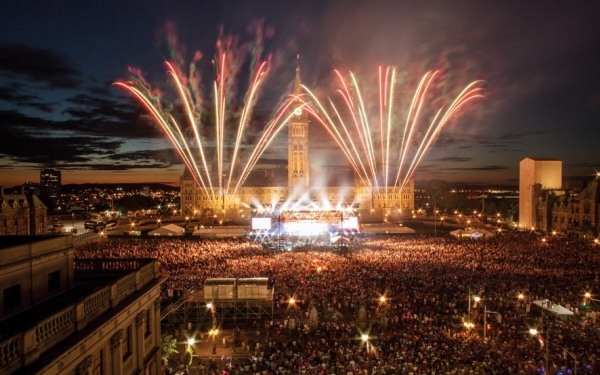