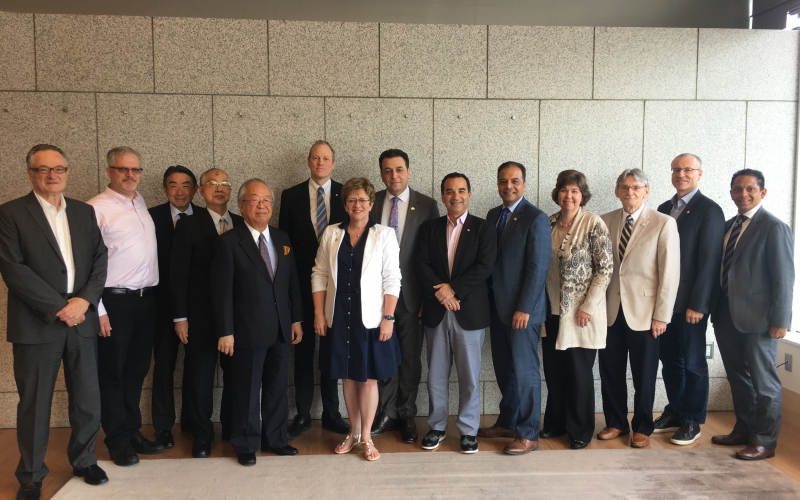 On Sat. May 19th, several CCCJ governors and Honorary Board of Advisor members met with seven Members of Parliament who are members of the Standing Committee on Foreign Affairs and International Development of the House of Commons. The Committee visited Japan as part of a three-country visit, which will also included South Korea and the Philippines.

The Committee was looking to gain a first-hand perspective on the economic, political, and security situation in Asia, and to identify areas where Canada can deepen its relations in the region. The visiting MPs asked the CCCJ representatives for their views on the overall Canada-Japan trade relationship and how they see the Canadian government should be leveraging the CPTPP in the Japanese market.

The lively and interactive discussion touched on improving awareness of opportunities on both sides to increase trade through the CPTPP. There were also some specific suggestions relating to more coordinated branding by sector and education exchange as well as a very interesting suggestion by Professor Morishima that Japan and Canada could both very much benefit by taking a joint leadership position in environment issues (such as micro plastics in our oceans).