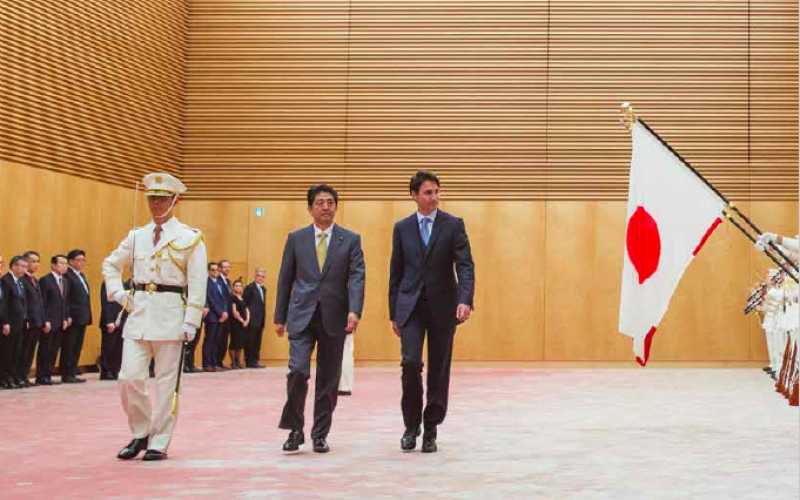 From May 23 to May 27 this year, the Right Honourable Justin Trudeau made his first official visit to Japan. During his time here, the prime minister attended the 42nd G7 summit hosted by Prime Minister Shinzo Abe in Ise-Shima and also made official rounds in Tokyo, which included an audience with the emperor and empress of Japan as well as another meeting with Prime Minister Abe.