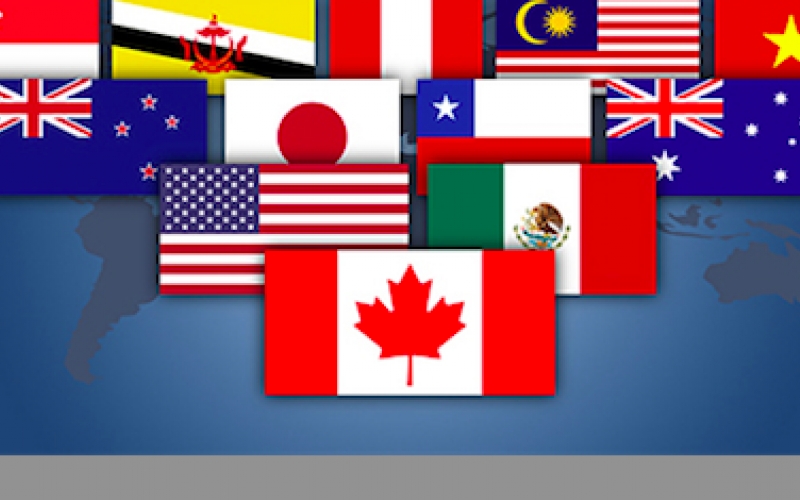 By Stewart Beck, president and CEO of the Asia Pacific Foundation of Canada, a not-for-profit organization focused on Canada’s relations with Asia.

In his bestseller Moneyball: The Art of Winning an Unfair Game, author Michael Lewis quotes Bill James, arguably the key disruptor of traditional baseball thinking: “If you challenge conventional wisdom, you will find ways to do things much better than they are currently done.” Canada is at a pivot point with the Trans-Pacific Partnership (TPP), and we will be forced to challenge conventional wisdom around our antiquated system of supply management.

Recent rumblings that the U.S. is so frustrated with Canada’s reluctance to lower barriers to agricultural trade that it is considering completing a TPP that excludes us only heightens the pressure to address outstanding issues that are holding up the final text of the agreement. This may require leveraging our country’s heavily protected supply management system as a bargaining chip in the negotiations. While critics believe this would deliver a knockout blow to our dairy and poultry industries, the dismantling of Canada’s supply management system should not be seen as a threat, but as an opportunity to make Canadian exports in these industries globally competitive. The easing or elimination of Canada’s supply management system has the potential to affect the livelihoods of dairy and poultry farming families across Canada and millions of Canadian consumers, but there is an element here of short-term pain for long-term gain. Using the lessons learned from previous FTAs and from other countries that have gone through similar deregulation, Canada can create substantive export industries with a competitive presence in international markets.

The pursuit of free trade in Canada has often coincided with dire predictions of a demise of our small-scale Canadian agricultural industries. In the lead up to the completion of the North American Free Trade Agreement (NAFTA), for example, many pundits predicted the end of Canada’s protected wine industry if it were opened up to competition with larger, more well-established producers in California. More than 20 years after NAFTA came online, Canadian wineries are thriving and have made significant in-roads into U.S. markets, and as a result are more competitive globally. In 2014, Canada’s wine exports totalled more than C$70 million. At a recent Asia Pacific Foundation of Canada roundtable on the TPP, John Skinner, the proprietor of Painted Rock Estate Winery in Penticton, British Columbia, described a sizeable new wine deal he’d struck with China. This was welcome news — who could have imagined such an agreement being reached back in 1989, when the industry feared the U.S. under NAFTA would crush it?

“There is great demand in key markets among Asia’s established and emerging economies, especially China, and it’s important for Canadian wines to make the effort to win their business,” said Skinner. “The fears of those early NAFTA days have not materialized — in fact, our industry has been strengthened through greater competition.” Looking further afield, Canada can take lessons from Australia and New Zealand. New Zealand fully deregulated its domestic milk market in 1993, while Australia finalized deregulation in 2001. In Australia, the government provided transition payments to dairy farmers funded through a temporary levy on milk, as the country moved to a more open market system. Removing regulatory constraints and subsidies in New Zealand and Australia has led to significant export growth in the dairy sector. New Zealand now exports 95 per cent of its dairy production, compared to only five per cent for Canada.

At APF Canada’s recent APEC Busi- ness Advisory Council (ABAC) Executive Roundtable in Toronto, New Zealand’s ABAC representative Tony Nowell said a highly protected approach to market growth and stabilization ultimately constrains productivity, innovation and agricultural performance. “Our farming community has responded to the removal of those constraints with more consolidation, more competition, more innovation and vastly more productivity, to the point where we now boast the world’s largest dairy company and global dairy trader,” explained Nowell, also co-chair of the APEC Policy Partnership for Food Security. “We have no doubt that a similar outcome is on the table for Canada, and I am absolutely convinced that New Zealand dairy investors would be helping to lead the way.”

In 2014, New Zealand shipped over US$3.5 billion worth of dairy to China, New Zealand’s largest destination for dairy-based goods. In contrast, Canada’s dairy exports to China in 2014 amounted to US$4.3 million. After 19 rounds and numerous officials meetings, TPP negotiations are nearing completion. What Canadians need to realize is that by addressing our supply management system within the context of the TPP, we have an opportunity to develop dairy and poultry export industries that will allow Canada to punch above its weight — and we should anticipate a massive market in Asia.