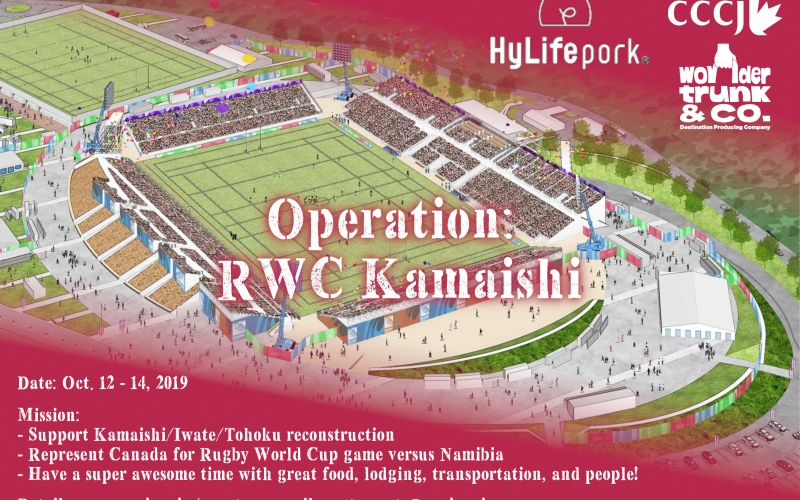 Kamaishi is one of countless towns that were utterly devastated by the 2011 tsunami, and the stadium that the game will be held in was built to commemorate the lives lost during the disaster. Kamaishi, the city of "Steel, Fish, and Rugby" spent billions of yen and years of construction to build the best purpose-built rugby stadium in Japan, and this is a once in a lifetime chance to see the Canadian Rugby team vie for the Webb Ellis Cup against Namibia!

We encourage all Canadians to join us on the weekend of October 12 through 14 to come celebrate with the people of Kamaishi through the spectacle of sport, and create meaningful, sustainable links with this hidden gem of Japan!

Participants: 14 people, CCCJ members. Some have tickets for the game, some don’t.