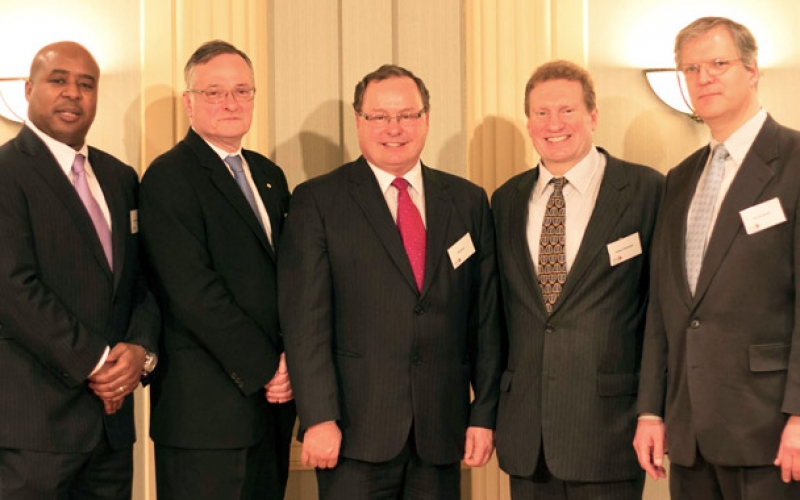 Energy Opportunity in the “Land of Living Skies”: A Primer on Booming Saskatchewan. Luncheon with Saskatchewan Minister of Energy and Resources, the Honourable Bill Boyd.

Saskatchewan has long been known as a major agricultural producer, shipping its wheat, canola and lentils worldwide. But these days, images of oil derricks and potash mines define Saskatchewan as much as pictures of waving wheat fields. Saskatchewan has quietly become an energy powerhouse, with strengths in oil, natural gas, coal and a diverse array of minerals. The province is the world’s largest producer of potash and the world’s second largest producer of uranium. And more and more investors are taking notice of the resource riches that Saskatchewan offers.

Join Saskatchewan’s Minister of Energy and Resources, the Honourable Bill Boyd, for a fascinating overview of Canada’s new economic leader, a province that is energy-rich and resource-full, a place that offers real growth and real opportunity to all.

Speaker
Bill Boyd has helped shape Saskatchewan’s economic and political landscape for the past two decades, and as the province’s Minister of Energy and Resources, he works tirelessly to spread the message about Saskatchewan’s vast energy potential.  For a complete bio, click here.